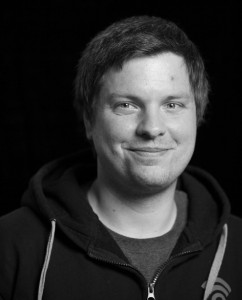 Dr. Bastian Bloessl is a postdoctoral researcher at the Secure Mobile Networking Lab (SEEMOO) of TU Darmstadt in Germany. Before moving to Darmstadt, Bastian was a research fellow at the CONNECT Center, Trinity College Dublin, Ireland’s Research Center for Future Networks and Communications, where he was funded through a Marie Skłodowska-Curie fellowship. He received his PhD (“Dr. rer. nat.”, summa cum laude) in Computer Science from Paderborn University, Germany, in 2018 and his MSc (“Dipl.-Inform.”) in Computer Science from University of Würzburg, Germany, in 2011. He started his PhD at the Computer and Communication Systems Group at the University of Innsbruck, Austria in 2011, moving with the group to Paderborn University in 2014 to continue his studies. In 2015, he won a FitWeltweit scholarship from the German Academic Exchange Service (DAAD), which funded a six-month stay in the research group of Prof. Mario Gerla at the Computer Science Department of the University of California, Los Angeles (UCLA). His research is focused on real-time signal processing for software defined wireless networks as well as the performance and robustness of vehicular and sensor networks. Since 2017, Bastian is a Project Officer of GNU Radio, a popular open source software defined radio framework.