Today was the review of the BATS project, deciding whether the project will fly for another three years. After lots of preparation in the last weeks everything went smoothly and the project got extended.

I had a small indoor demo, showing our BOC transceiver, which we also used in our protocol design paper. 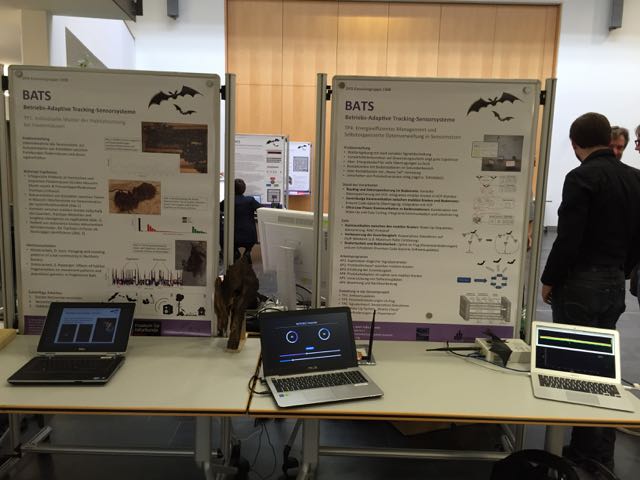 Besides every project having its own small indoor demo, we had an outdoor demo that basically combined the work of the different subprojects. We showed 1.8 gram sensor motes that were already put on bats in field tests in Panama. The signal from the mote were used for both data communication and ranging. The motes can communicate with each other and record the IDs of motes in close proximity (i.e. the bats friends). This meeting data is encoded using erasure codes and send to the ground network once the bat is in range.

Furthermore, we used the signal for a cool variation of RSSI based ranging. Fraunhofer designed antennas with a special pattern made of shifted main lobes on different frequencies. Knowing the antenna pattern and the RSSI difference on different frequencies allows to derive the angle of arrival. With measurements from different ground stations the position of the bat can be calculated. Of course, that works only in free space conditions, but there it worked quite well. 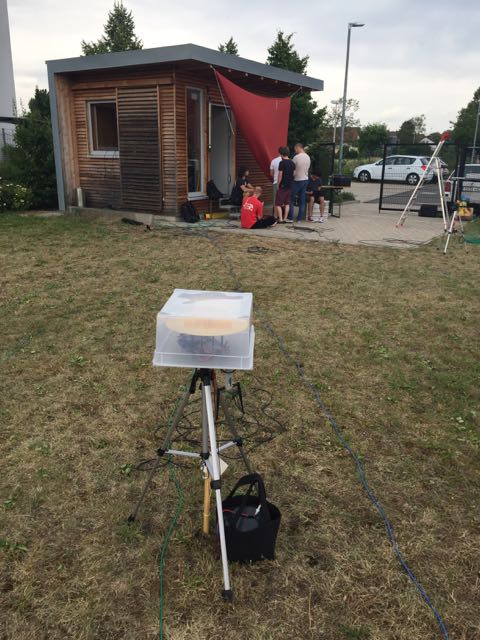 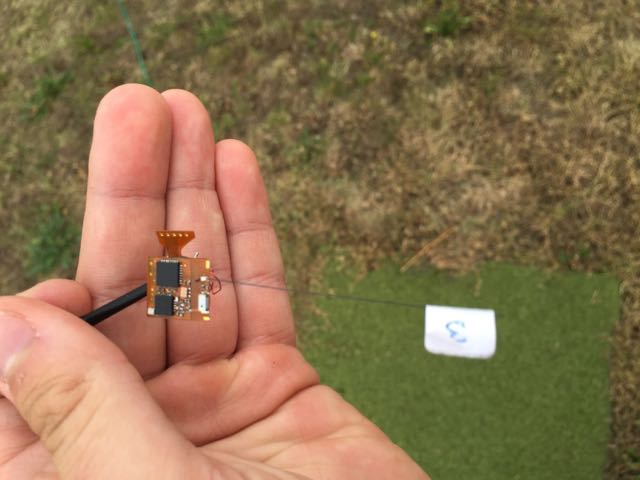 The demo was well received by the referees. 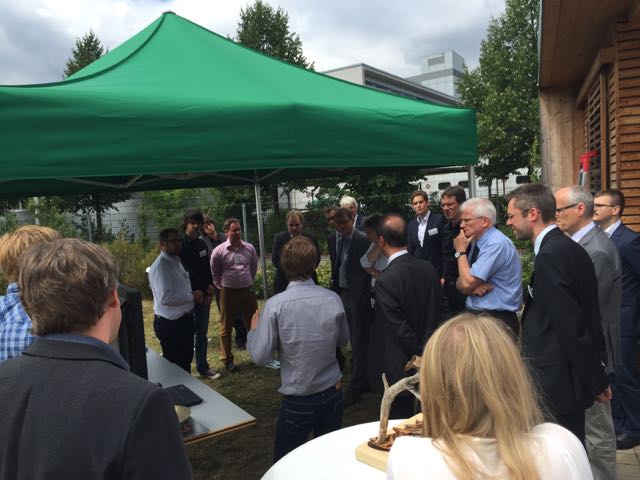