Marcus Mueller and I just gave a GNU Radio workshop at the Software Defined Radio Academy, held in conjunction with the HAMRADIO exhibition.

We were not sure how many people would show up since we had only 11 registrations, but, in the end, the room was completely full with about 80 people. Great to see so much interest in SDR and GNU Radio also in the amateur radio community.

Huge crowd at the @gnuradio workshop at #HAMRADIO17 ! Kudos to @bastibl pic.twitter.com/LWsd7Ermpm

About 35 people had a laptop with them and were following us, creating an FM receiver that we successively extended for voice and, finally, APRS.

While we deliberately excluded installation, we heard that quite some people had issues. That was not a problem for the workshop since Marcus prepared a live image that could be booted from an USB stick, but maybe we should consider making a GNU Radio install party next year.

In case you are interested, the material for the workshop is on GitHub. 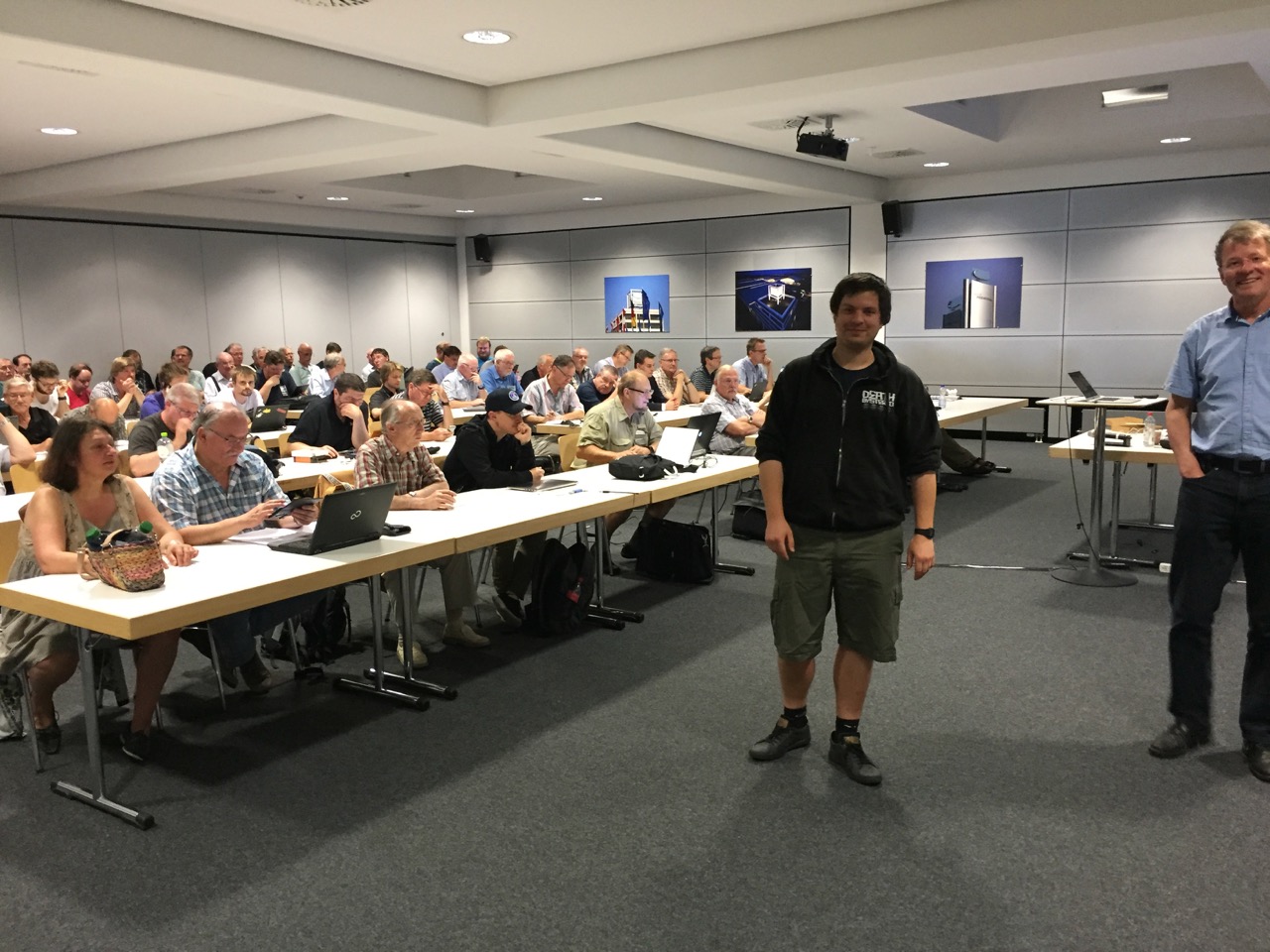 I hope people had some fun at the workshop and will have a closer look at GNU Radio.