So much spectrum – so few networks. The 5GHz WiFi band is in many areas not really utilized. OK, it doesn’t penetrate walls as nicely as the 2.4GHz band, but that’s not always a drawback.

One reason why the 5GHz band is not as crowded as it should be, might be the fact that WiFi is only a secondary user on many channels. These channels are allocated primarily to radars. Maybe you already came across the term Dynamic Frequency Selection, the feature that allows a WiFi device to detect radars. Without DFS, a device is not allow to open an access point on those channels.

The WiFi standard, however, only defines routines to migrate a network to another channel, once a radar has been detected. The actual radar patterns are defined by a regional regulatory body.

On Linux, you can check your DFS region with:

For Europe, the ETSI EN 301 893 Draft defines the actual radar patterns (see Annex D for the definition). Once a radar is detected, an access point has to blacklist the corresponding channel for 30 minutes.

Of course, I wanted to emulate a radar and see whether the APs move away. “Implementing” these radar patterns in GNU Radio is as simple as it can be. A flow graph like this is already enough. 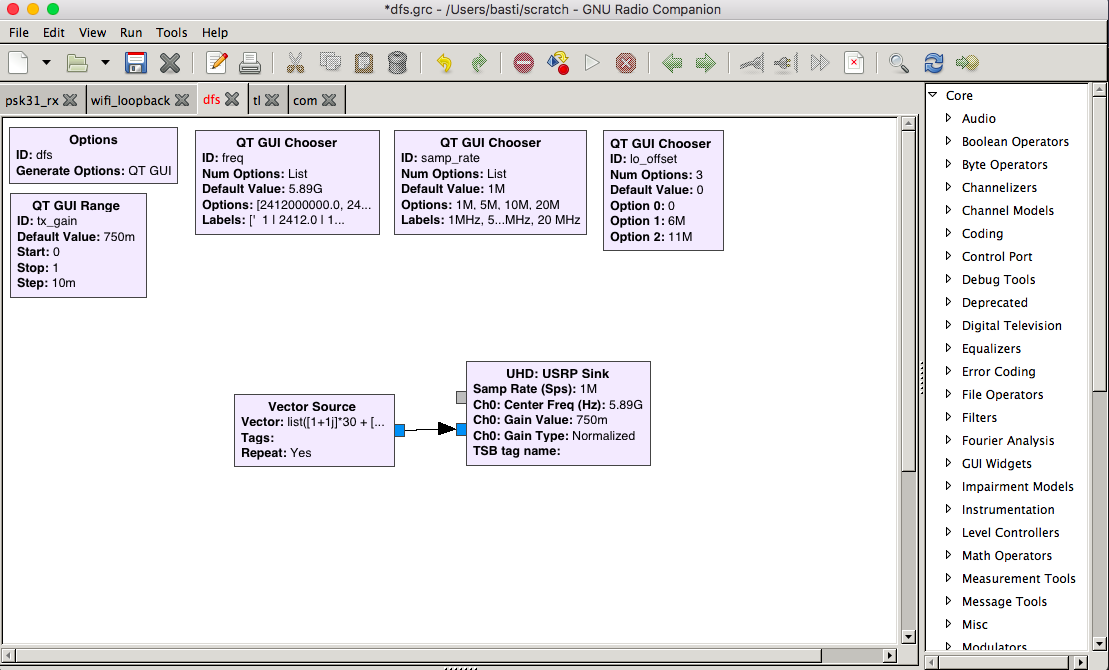 The vector source can be used to create the radar pulses with something like:

I tried the above flow graph with a B210 and a 6dBi dipole in the hall way of our institute. Worked pretty well, i.e., I managed to push away many networks from DFS channels. 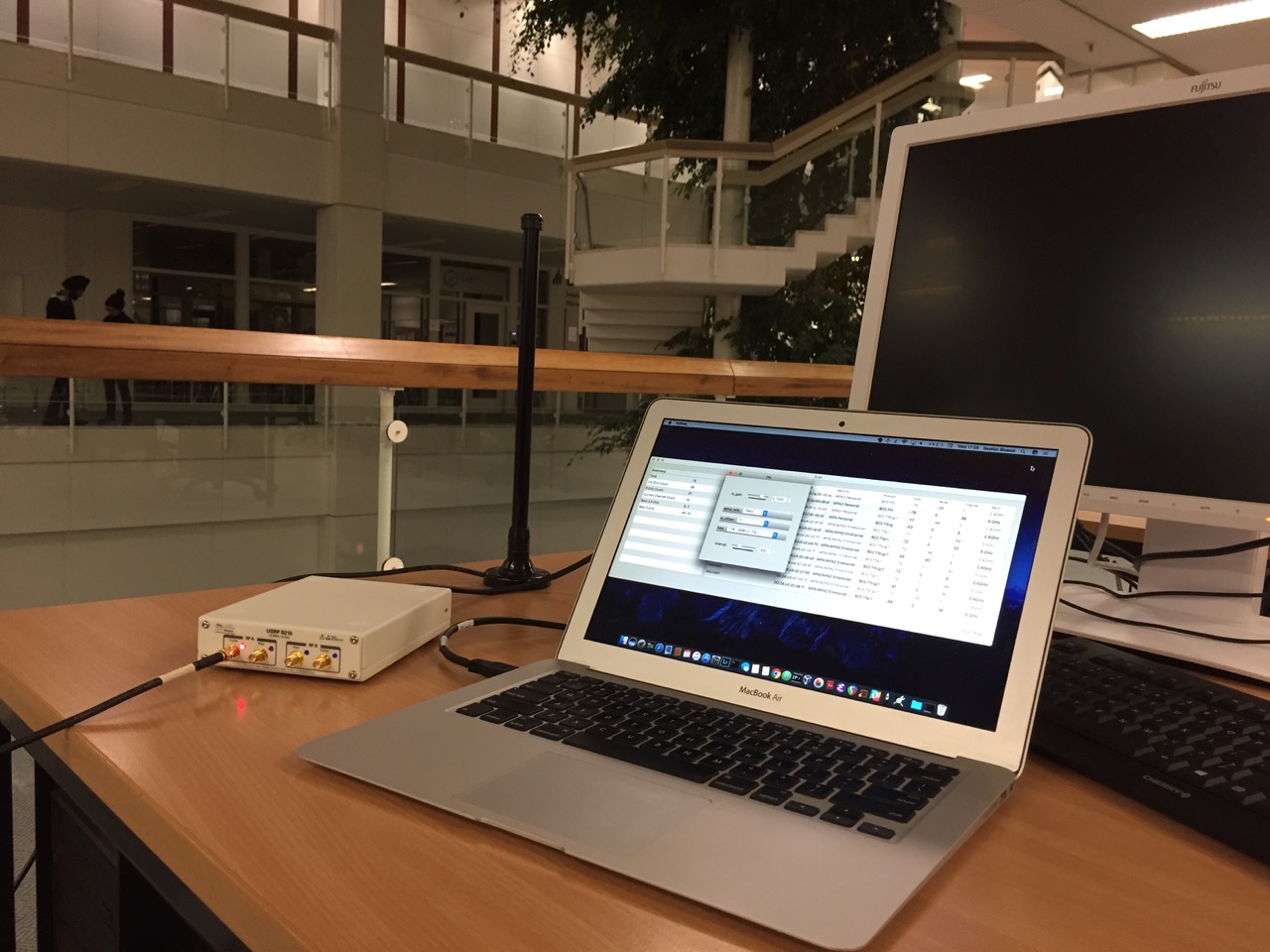 By the way, macOS comes with a pretty nice tool to scan for WiFi networks. You can access it by alt-clicking the WiFi symbol in the task bar. This will open an extended menu, where you can click on Open Wireless Diagnostics. Then, Window → Scan will open the tool.

You can see the tool in a brief video, where I’m poking some University networks around.