During the last weeks I worked a bit on the GNU Radio RDS implementation. 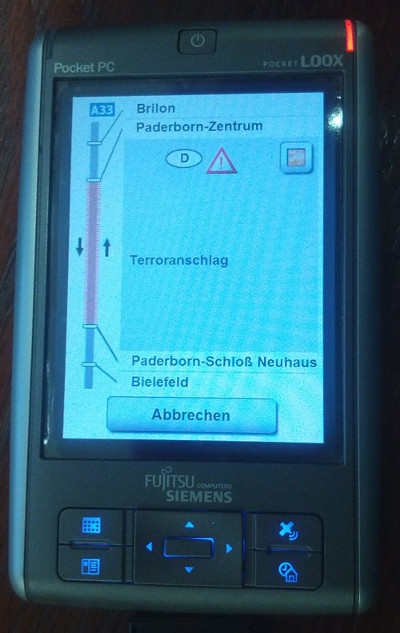 The last bullet point implies that you can connect to the receiver via netcat and change the parameters while the transmitter is running. For example, you can

I played a bit around and tested interoperability with the radio in my car and some GPS navigation systems. The picture shows a TMC (Traffic Message Channel) enabled GPS device that reports a terror attack near Paderborn.

Note, if you play around with the software, please assert that you do not interfere with any public services and use minimal power to avoid this.