Over the last weeks, I was very happy to work with a talented student of UCLA on building some nice simulation framework for my GNU Radio WiFi module. The code is already merged and you can find it in the utils/simulations/awgn/ folder.

On a very high level, it suggests a methodology to study WiFi or IEEE 802.11p that we sketched as follows. 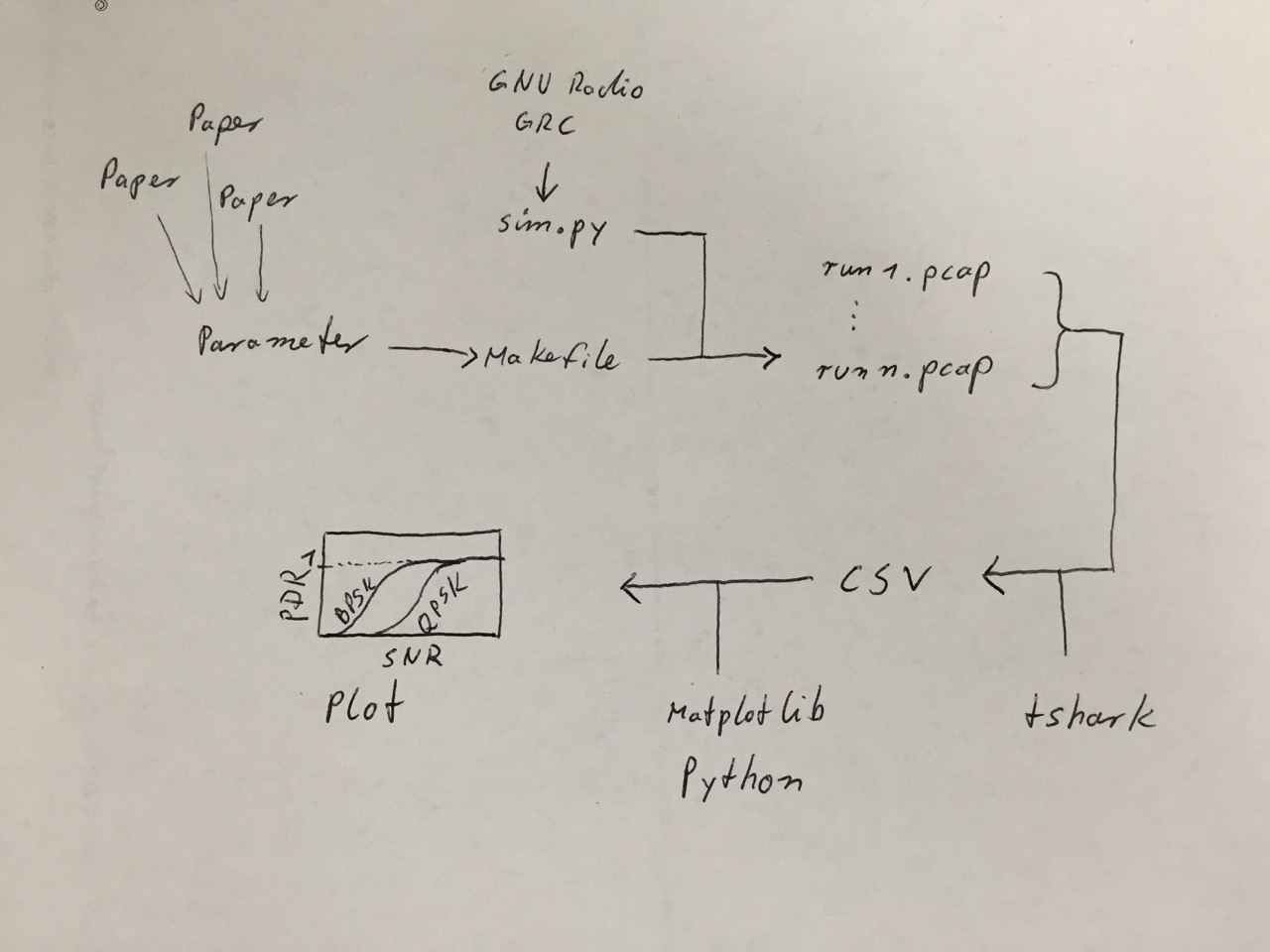 The idea is to extract parameters that describe the channel from the various channel sounding experiments available in literature and plug them into GNU Radio’s channel models.

The simulation flow graph is a non-GUI flow graph, build with GNU Radio Companion that can be started with different parameters. Each simulation run produces a PCAP file containing the received frames. PCAP is a binary packet capture format that is understood by all packet capture applications like Wireshark and tcpdump.

After the simulations are run, we use tshark (a command line tool to parse PCAP files) to determine how many packets were received and create a CSV with the results.

This CSV file is then plotted by a Python script to produce a graph showing the packet delivery ratio. Running the simulations with 435 byte frames, we get something like this.

The whole process is orchestrated by a Makefile, which is

If you want to check it out, just type make -j 4 in the simulations folder and wait for the graph.